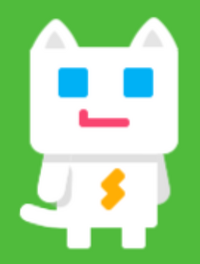 Ari (also known as Mr. White or Chemist White) is an anthropomorphic white cat and the main character of both Super Phantom Cat and Super Phantom Cat 2. He is the default character in both games, being unlocked immediately in either game upon entering it. He has no special powers in-game.

Note: All of this happens before the game starts.

A young Ari accidentally falls down a hole, hurting himself, and is beset upon by monsters. After running into a dead end trying to escape from the monsters, Ari is saved by Alpha, who defeats the monsters and carries Ari to safety as Ari passes out. When Ari wakes up, Alpha tries to leave, but Ari continues following Alpha, causing him to give Ari a lightning-bolt shaped object before leaving. Ari then decides that he wants to become a Super Phantom Cat.

Some time later, Ari has an identical lightning-bolt symbol on his chest. He meets Flash, who tells Ari "if you wanna be a Super Phantom Cat you need to collect enough data to be transformable". He also invites Ari into the Phantom World, telling Ari that this will help him achieve his goals.

In the tutorial, Ari's younger sister, Ina, tells Ari to follow her. When Ari finally catches up with Ina, she runs inside a strange-looking entrance, followed by Ari. Ari walks through a temple and sees Ina arrive near a giant, deactivated robot (known as the Guardian Robot). The robot re-activates, but appears friendly; Ina then makes friendly gestures towards the robot. Ari starts to walk over to Ina, but the ceiling starts falling in and a UFO (known as UFO) arrives, abducting both Ina and the Guardian Robot. Ari chases after the UFO, which drops monsters to attack Ari. A scared-looking Ari is rescued by Alpha, who defeats the monsters with the assistance of Ari. Alpha tells Ari to find Alpha's sprite friend and leaves to find clues.

In level 3-7, Elo informs Ari that Ina is on a train. He tells Ari that Ari has to save her and not let the villains get away again. Ari boards the train and runs through it until he finds Ina, locked up in a cage. Ina pleads for Ari to save her just as UFO appears, re-abducting the Guardian Robot (who is now in a similar cage) and leaving. A monster then grows to enormous size and starts chasing Ari around, banging into Ina's cage in doing so. The chase continues until the monster completely smashes the cage. Alpha appears, shrinks and defeats the monster, and then leaves. Ina tells Ari that she's fine, but that she saw bad guys taking away the giant robot, and that they seemed to be making an evil plan. She then begs Ari to save the robots.

In level 7-1, Chen suggests that he, Ari, and the player join the Halloween Party. Ari asks what is required to join, to which Chen replies that Ari must dress up for the occasion to join. Later, they encounter a trick-or-treating Nono, who Ari gives candy to.

In level 7-2, Ari and the player encounter a crying Nono. Nono explains that he is crying because a droid took his candy from him, so Ari goes to get back Nono's candy. Later, the player encounters two droids and jumps on them, changing them from gray to blue, after which the Droids thank the player. Ari asks what happened, to which one of the Droids explains that the last thing that it remembers is getting some commands from someone named Rockskull. Ari then decides that he needs to stop Rockskull.

In level 7-4, the player encounters Ari and Rockskull. Ari tells Rockskull to freeze; instead, Rockskull runs away, with Ari and the player in pursuit. Ari and the player manage to corner Rockskull, after which Ari asks why Rockskull is reprogramming droids. Rockskull replies that it is because he looks abrasive, so nobody wants to play with him, and that he wants to do something to change their minds. Ari informs Rockskull that the droids that Rockskull reprograms are going rogue and harming people; Rockskull apologizes, and says that he only wants to be friends with people. Ari accepts Rockskull's apology, but says that they should first focus on fixing the rogue droids.

In level 7-5, Ari reports that all droids are functioning normally now. Nono rejoices that he will now get all candy. Rockskull thanks the others for playing with him, to which Ari replies that having a warm heart will help Rockskull make friends, despite Rockskull's looks, which Ari and Chen then compliment. Ari then suggests that they all go to join the Halloween party. 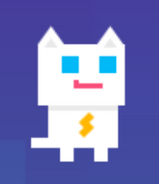 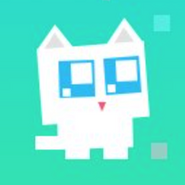 Prince Ari from the bingo minigame.
Add a photo to this gallery
Retrieved from "https://superphantomcat.fandom.com/wiki/Ari?oldid=1128"
Community content is available under CC-BY-SA unless otherwise noted.