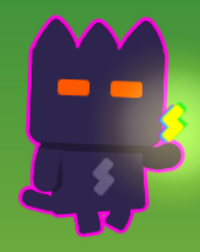 Alpha (also known as the Phantom cat) is an anthropomorphic black cat who appears in Super Phantom Cat and Super Phantom Cat 2. He is not normally playable as a character, only being available when certain unusual conditions are met; however, he has special powers that make it almost impossible for him to lose a level.

In Super Phantom Cat, Alpha cannot be played unless the player has just lost the same level three or more times in a row. The game will then offer the player the option to play as Alpha. The player cannot play as Alpha at any times other than when the game offers to let the player play as Alpha. If the player quits, passes a checkpoint, or finishes the level, their character will revert to normal.

When playing Alpha in either game, Alpha has a special set of powers. He is invincible to harm, can walk through monsters to destroy them, and floats upwards in a bubble upon falling off the screen. The combination of these powers make it almost impossible for him to lose a level.

According to Super Phantom Cat 2, Alpha is the last Phantom Hero. As such, he bears heavy responsibility and holds many secrets. He serves as Ari and Flash's mentor.

In the tutorial, Alpha saves a young Ari from monsters, after which he carries Ari to safety. Alpha then tries to leave after Ari wakes up, but Ari continues following Alpha, causing Alpha to give him a lightning-bolt shaped object before leaving.

In the tutorial, Alpha saves Ari from monsters, being assisted by Ari in doing so. Alpha tells Ari to find Alpha's sprite friend and leaves to find clues.

In level 3-7, after Ari's fight with a giant monster leads to Ari's sister Ina being freed, Alpha appears, shrinks and defeats the monster, and then leaves.

In level 6-3, Alpha encounters Alice. Alice initially believes Alpha to be a wolf, but Alpha manages to convince her that he is, in fact, a cat. Alpha suggests that they continue their discussion somewhere safer, so he travels to the end of the level. After Alice catches up to Alpha, Alice relays what has been happening recently, including Ina having seen a dark shadow howling, which she presumed to be a wolf. Alpha reveals that this was actually just him practicing karaoke, and tells Alice to apologize to Ina for him. 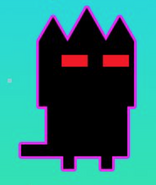 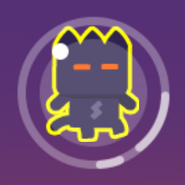 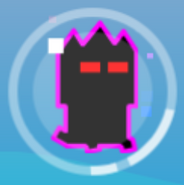 Alpha in a bubble after falling off the screen (in Super Phantom Cat)
Add a photo to this gallery
Retrieved from "https://superphantomcat.fandom.com/wiki/Alpha?oldid=1037"
Community content is available under CC-BY-SA unless otherwise noted.